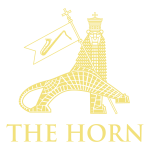 THURSDAYS & SUNDAYS AT THE HORN

Thursday 8pm Resident House Jazz ensemble Blow plus a multitude of special guests play a extensive repertoire from the Jazz tradition to originals and Afro Jazz grooves. They are regularly joined by they co founder Australian Jazz Legend on Drums Ted Vining.

BLOW’S artistic vision is limitless and ever evolving, with a creative direction inspired by the moment, the venue, the audience, the mood and the empathy shared by the members of the ensemble. Exceptional improvisers who create a group sound which is uniquely BLOW.

BLACK JESUS EXPERIENCE is a 9 piece band playing an irresistibly danceable blend of traditional Ethiopian song and 21st Century groove. With backgrounds as diverse as the 5 continents the members of ‘BJX’ hail from, their music reflects the multicultural vibrancy of the band’s hometown, Melbourne, Australia.

When not touring BJX run a weekly session at cultural hub The Horn where BJX perform their repertoire and create new songs live on stage. The comfort BJX has with this practice lies in the improvising traditions of that feed BJX including Hip Hop, Jazz, Azmari and Funk.

The music is also fed quite literally before each performance by the ritual of a group meal prepared by singer Enushu and MD Peter Harper in the Ethiopian tradition, “those who eat from the same plate will not betray each other”. This inspires and reinforces bonds musical, social and spiritual, bonds BJX invite their audiences to join.

Enushu began entertaining her local community as a child in Addis Ababa, Enushu migrated to Australia in 1996 bringing hauntingly beautiful compositions inspired by her remarkable life story and the unique vocal traditions of Ethiopia. Enushu is joined on vocals by poetic giant and lyrical miracle The Monk, Zimbabwe born and Outback bred.

Highlights for BJX include 4 tours of “the Motherland” Ethiopia, performing with Ethiojazz legend Mulatu Astatke in Europe and Australia (an association which won BJX and Mulatu “The Age Best Tour” award) Glastonbury and other great festivals.They have released 7 Albums in their own right plus 2 with Mulatu.

The rhymes and chimes of Black Jesus Experience deliver the power and beauty of Africa through the vocal prism of Hip-Hop and freedom of Funk.